The last couple of years have seen a boom in interest amongst the Ayurveda community about the medicinal properties of cow urine (Gomutra) and ‘PanchaGavya’, a mixture of five products derived from cow (cow milk, cow milk’s yoghurt, cow ghee, cow urine and cow dung). After all, if a Government that hadn’t been funding research in your field for decades starts granting millions on the implicit condition to research only specific things, surely anybody would be pragmatic and research whatever the patron demands. Yet, we won’t discard any potential possibilities outright, and as usual, simply go through what the factual Ayurvedic texts have to say about these two, what this boom is all about, how it came into being under the label of Ayurveda, and what the patients should do to remain safe.

As a fact, both cow urine and Panchagavya do find mention in Ayurvedic Materia Medicas as having certain medicinal uses, but so do thousands of other substances which are rarely used in practice today. Surely these two have been, and continue to be used in Vrikshayurveda (Ayurveda for plants) and in organic farming with great success, but how much are they used as medicines for humans is the point that we will be examining. Accordingly, we searched and found that there are quite a handful references about them in the three primary and a dozen secondary treatises of Ayurveda, mostly as a secondary medicine in any disease; but almost never as a primary stand-alone drug for anything under the sun. Then what are the tall claims all about? Let us see.

Upon keen inspection, cow urine is found recommended, not as a primary medicine, but as an “Anupaana” or “Bhavna-dravya”, loosely translated as “carrier” or “coating/binder”, in dozens of polyherbal formulations in Ayurveda. These include formulations for treating diabetes, cardiac conditions, Arbuda (a generic class of conditions involving abnormal overgrowths of tissue, which includes cancers) (no brownie points for guessing that this is where the fad of “gomutra cures cancer” arises from), epilepsy, mental disorders, asthma, digestion related and other conditions.

Cow urine is described in Materia Medicas as having a strong “Bhedana/Lekhana” property (“scrapping out” action on accumulated waste metabolites and abnormal tissue), and as a reducer of Kapha (the Water element). So naturally it is used as an adjunct in the relevant conditions. Not to mention that the ammonium salts present in mammalian urine are commonly known to have some medicinal action as mucolytics and otherwise in various respiratory and neurological conditions, and so, mammalian urines have been used in traditional medicines around the world since millennia; but it is very pertinent to note that none of the authentic Ayurvedic applications involve cow urine being included in formulations without being processed first to minimize its harmful nitrogenous contents and rid of its inherent bacterial flora. Many mineral-based Ayurvedic preparations make use of cow urine in their recipes for purifying metal ores, which is largely attributable to its pH, and not direct medicinal value. Gomutra is also sometimes used as an ingredient in Bastis (medicated enemae) for its Lekhana property.

Panchagavya too, like Gomutra, finds utility mostly as an adjunct in Ayurvedic treatises. A notable case where it is used as a primary ingredient in an Ayurvedic medicine is the Panchgavya Ghrita, a type of medicated ghee used in treating mental disorders. Here again, it is pertinent to note that the formulation is boiled at over 300 degree Celsius for over 20 minutes along with several other ingredients while being prepared, removing any possibility of bacteria or other pathogens remaining alive in it after preparation. However, unstandardized and uncontrolled raw Panchagavya is seen administered sometimes to patients in clinical settings nowadays in the name of “Ayurvedic” Panchagavya therapy.

What the Gomutra evangelists are selling –

Even what the proponents of the Gomutra therapy sell is not plain gomutra, but what they call as “Gomutra/Gozaran Ark”. Essentially, it is Gomutra processed with various medicinal herbs to create “flavours” suitable for various conditions. In effect, this is another way of using Gomutra as carrier for the actual herbal medicine, but it is not labelled as such, leading to the confusion in buyers’ minds that Gomutra is what is curing them.

Even then, what kind of standardization such manufacturers are following for the Gomutra or other cow products they use, is a matter of mystery. The only answer one gets, is that it “comes strictly from only ‘Indian’ cows”. Maybe nobody told these guys how many varieties even the ‘Indian’ cow comes in, leave apart the differences in their urine’s/milk’s composition that can arise due to the age, child-bearing history, time of collection, weather and nutritional status of the cow. These factors, though not so important in daily food, do matter when the milk/urine is used in making medicine. In fact, a number of Ayurvedic treatises such as the NighantuRatnakar actually describe the variations in the pharmacological properties of cow milk that arise from such different cows, and the variations in its medicinal uses caused thereby. However, for its evangelists, “Indian cow” (with a specially emphasised ‘Indian’) seems to be one single homogenous species producing standardized and ready-to-use Gomutra/Panchagavya.

Scientific research regarding Gomutra and Panchagavya

Claims are also made that Gomutra and Panchagavya have been proved to be very effective medicines by “scientific research”. On inspecting the various research projects being conducted in this regards by CCRAS, CSIR (the premier governmental research bodies) and other organizations, much of the research work actually falls into one of these three categories –

1. utility of Gomutra as carrier/binder in various polyherbal formulations.

2. utility of Gomutra/Panchagavya as symptommatic reliever in chemotherapy side effects.

3. utility of PanchaGavya or Gomutra as an independent medicine for various conditions

As would be expected, while the first two appear to be yielding some encouraging results, much of the “successful” research-work in the third category is visibly one lacking any robust clinical study-design, randomization or placebo controls – a deplorable fact. Some more detailed and specifically pointed critical analysis can be found in this article published in The Hindu, a leading newspaper in India. Though, mere publication in a predatory journal does not necessarily disprove the validity of a study (and as a fact, much of the modern medicine journals in India are predatory too), still the study designs leave more diligence desired in most cases.

Socio-political implications and defamation of Ayurveda

Whatever the results and/or improvisation such research may achieve in the future, the issue has already generated heavy controversy with it being given religious and political colours. Cow being reverred as a mother in Vedic Hinduism, Gomutra and Panchagavya are commonly used in Hindu rituals too, making them a symbol of the so-called “Hindu Nationalism” in the eyes of the left-liberal opposition. Rabid haters who love calling Ayurveda a “snake-oil mumbo-jumbo” have leapt to grab on this opportunity to shout out and label this shady business outright as “Ayurveda” in order to validate their usual slander of how taxpayers’ money is being wasted upon “pseudoscience”. Whether this stuff is really attributable to Ayurveda or not seems to be the least of their concerns, or rather their undoing even. So both the government and opposition sit at two extreme opposite ends of the spectrum, both taking factually incorrect positions at the expense of the authentic Ayurveda.

Some ‘rationalists’ even go to the extent of saying why research is even needed for an “obsolete” faculty like Ayurveda. It is healthy to be reminded of the example of China bringing out the Nobel-winning gem today known as Artemisinin by funding traditional medicine research in the right direction. It would be a shame if India fails to materialize the similar potential of Ayurveda, which has a huge cache of unexplored traditional medicine treasures. As far as the taxpayers’ money is concerned, even after being increased by about 8% in last year’s budget, the funding for Ayurveda research stands at a meagre 175 crore Rupees as compared to the 1,500 crore Rupees for modern medical research. What kind of promising results the later has shown during the last decade with such huge monies could become another controversial debate issue, but the objective of this article not being to promote whataboutism, we leave it for the readers to evaluate for themselves.

“Ayurvedic” clinics have nowadays sprung up around the country, specifying the doctor’s qualifications as “MD in Panchagavya therapy” or “MD in Gomutra Therapy”. For patient information and awareness, here is the list of all recognized MD / MS specialisations in Ayurveda along with other regulations, straight from the website of its apex Government regulator, CCIM. No other degrees including –

are in any way recognized under or associated with Ayurvedic medicine. These are obviously unauthorised medical qualifications flaunted as “Ayurvedic” by their holders.

So where do these qualifications come from? On some googling investigation, we found that all of these come from various private institutes claiming to be ‘universities’ or ‘boards’, but in reality, not recognized in any way to be medical education institutions. In fact, on the website of one such ‘university’, we got the hilarious revelation that the “M.D.” in “M.D. Panchagavya therapy” actually stands for “Master Diploma”, not “Doctor of Medicine”, and it is a one-year course that any matriculated person can enroll for! With people holding this qualification putting a “Dr.” before their names, no wonder the advisory board of this course has more lawyers on it than doctors.

Yet, why is no action seen being taken on such practitioners? One website claims that these courses are backed by a “Parliamentary Board”, whatever under the sun that may entail, but by law, no Ayurvedic medical qualification can be established or imparted within India without recognition from MCI and CCIM.

The real cliche lies in the fact that many of these “MD Specialists” in Gomutra/Accupuncture/Panchagavya etc. are actually MBBS / BAMS / BHMS generalists to begin with, and hold valid practice registrations on the basis of those degrees. The MD garb is simply taken for the sake of luring ignorant people towards themselves, who doesn’t know a speck about medical education, and simply think that an MD is always better and more preferable than a general practitioner.

However, even a licensed practitioner who writes one valid qualification along with another bogus one after his name on his board is still punishable under MCI’s and CCIM’s code for ethical conduct, and can attract disciplinary action. Unfortunately, lack of bureaucratic and political will prevents that from happening, and authentic Ayurveda is left to be defamed due to such half-quacks running “Ayurvedic” clinics.

So what can patients do to stay safe?

1. First and foremost, ALWAYS cross-check the qualifications of the doctor you are visiting. There is NO Ayurveda degree called “MD in Panchagavya/Gomutra/Accupuncture”. The CCIM link mentioned above is the best official source to check the list.

2. Nonetheless, insist on having the registration number of the doctor. It is compulsory to be included on doctors’ letterheads, prescriptions and stamps. Most State and Central Councils provide online facilities on their websites for verifying a doctor’s registration number.

3. Never EVER take raw unprocessed Gomutra or Panchagavya, or a product thereof which is not licensed by FDA.

4. Help yourself and the society by reporting fraud qualification holders to the government regulators. It can be done online on the websites of all the Central and State Councils.

5. Last but not the least, it is not that Gomutra or Panchagavya are totally worthless medicinally, but do not fall prey to quackery in their name. Use them as and when advised by a qualified Ayurvedic doctor only, but bear in mind that efficacy of these substances in curing any severe health conditions all by themselves is not yet proved, and remains a distant possibility, notwithstanding whatever anybody may tell you about their description in some ancient texts that you and they have never seen, and nor will in the perceivable future.

So that’s all for today, folks. 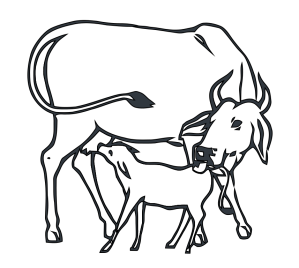